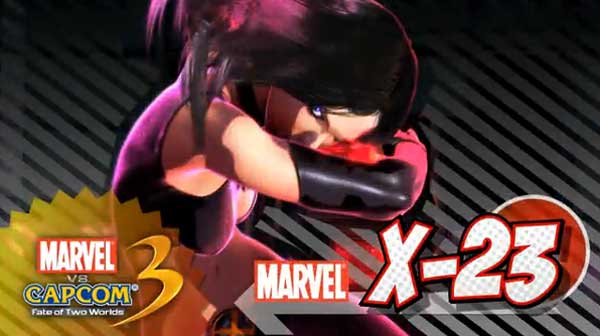 Another new character has entered the Marvel VS Capcom 3 Fate of Two Worlds in the shape of X-23, Wolverines younger, hotter female clone.

X-23 was originally created for the Xmen cartoon series X-Men Evolution and after proving an big success amongst fans was migrated over to the comics.

The announcement (and showcase video below) comes a week after the announcement of another new Marvel VS Capcom 3 character Tron Bonne from MegaMan.  X-23 is a new member to the series joining the Marvel team alongside newcomers Thor and Deadpool.  Keep the character reveals coming Marvel were on the edge of our seats.