Warning: Creating default object from empty value in /homepages/42/d300759857/htdocs/BadRobotNinja/wp-content/plugins/redux-framework/ReduxCore/inc/class.redux_filesystem.php on line 29
 The Wii U's Zelda not necessarily the same as the Zelda on display at E3 | Bad Robot Ninja 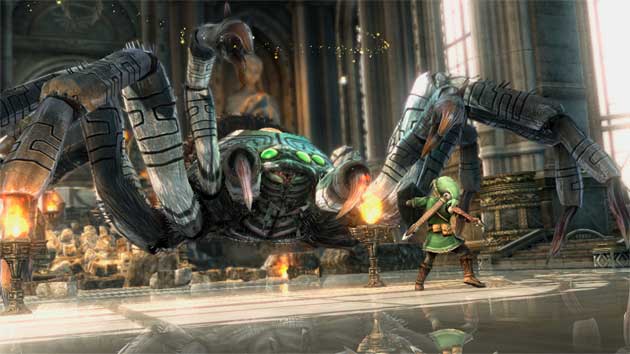 On talking about the first Zelda game for the Nintendo Wii U, longtime producer Eiji Aonuma hints that what we will get could be vastly different from that awesome tech demo on show at E3.

Nintendo wrapped up its huge E3 unveiling of it’s forthcoming new Wii U console by demonstrating awesome looking HD gameplay from what was thought to be a Legend of Zelda development title for the new platform. However Zelda producer Eiji Aonuma has put doubts it everyone’s minds that the first Zelda title on the Wii U could in fact look very different from the tech concept demo on display and it wouldn’t be the first time, remember The Wind Walker release? The Legend of Zelda The Wind Waker was originally previewed in a 3D style then later releases in a cell shaded style.
In an interview Aounuma stated that “when we show a graphic demo, people think, Oh this is what thenext Zelda will look like, but that’s not necessarily the case” and on top of that he wasnt even involved in the development of the E3 tech demo, it seems to me that he’s already trying to prepare us for the initial criticism that a drastic style change would probably receive, much like initial gamers opinions on The Wind Waker style change.