Warner Brothers have just announced via a press release that Anne Hathaway has been cast as Selina Kyle AKA Catwoman and Tom Hardy will be playing Batman’s pumped up enemy Bane in the forthcoming Batman film The Dark Knight Rises.

After much speculation and a heated race between some of Hollywood’s hottest Stars, Christopher Nolan and Warner Bros have announced that Anne Hathaway will be joining the cast of The Dark Knight Rises as Selina Kyle and although there is no mention of it we presume Kyle’s alter ego Catwoman. Director Nolan commented

“I am thrilled to have the opportunity to work with Anne Hathaway, who will be a fantastic addition to our ensemble as we complete our story.”

In the same press release Nolan also confirmed that Tom Hardy will be taking on the role of Bane, Batman’s incredibly pumped up and strong nemesis, although Hardy has been cast for quite some time now there has been much speculation as to who the star will be portraying in the Dark Knight Rises.

Both these announcements make for some very exciting additions to the upcoming Batman film and as this is Nolan’s last I am hoping for some great things.  Batman The Dark Knight Rises is scheduled for release on July 20, 2012.  Look out for more info as it comes in. 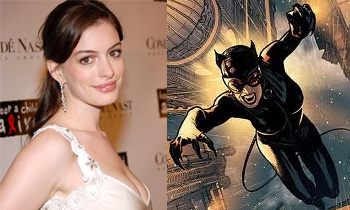 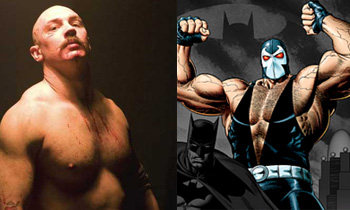