Marvel have released a new campaign featuring a series of teaser images promoting a new story and event in the Marvel universe under the tag line “Do You Fear…..”At present it isn’t clear whether this an event that will take place in Marvel’s main universe or the Ultimate universe, but it is likely to hit the shelves first in April.  Each teaser image features a Marvel hero with the caption “Do You Fear…”.

Spiderman “Do You Fear… Tomorrow?”

The image of Spider-man with tag “Do You Fear…Tomorrow?” shows our friendly neighbourhood Spider-Man facing a number of current social issues including war, the recession, threats to the country and  unemployment. 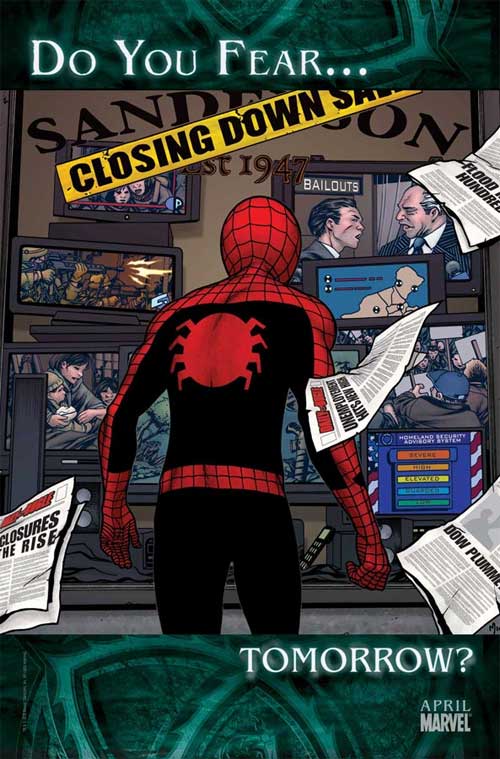 Cyclops “Do You Fear… What You’ve Become”

The second image in the series features the X-Men’s leader Cyclops with the question “Do You Fear… What You’ve Become”, showing Cyclops wearing Magneto’s costume, suggesting that perhaps his new leadership post-House of M maybe turning him into the villain he has fought so hard to stop over the years. 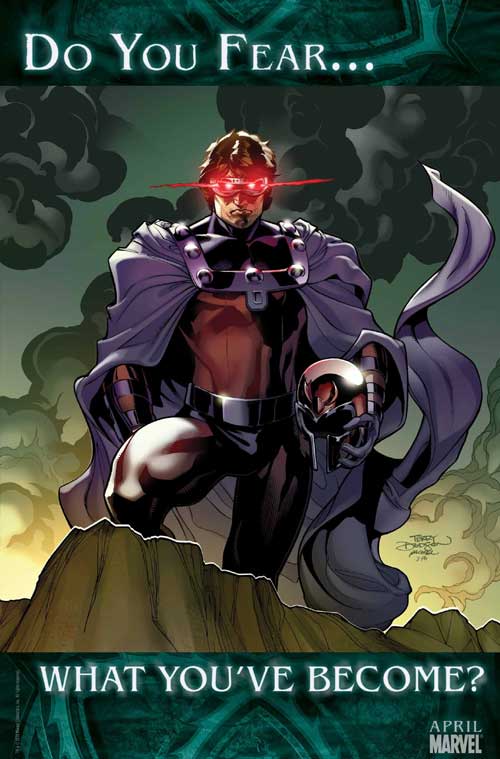 Captain America “Do You Fear… A Loss Of Faith”

The next image in the series of Marvel Fear teaser images is that of Captain America with the words “Do You Fear… A Loss of Faith” with the image of Captain America that appears to be Steve Rogers holding his shattered shield and sporting a number of wounds. 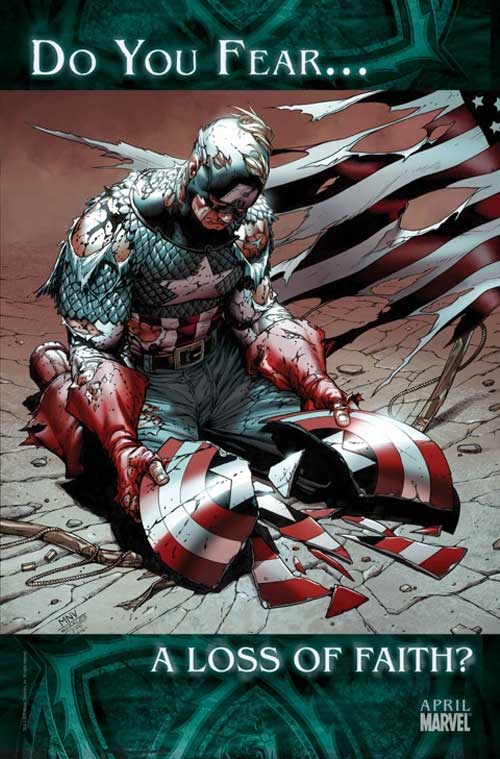 The latest update in the Marvel “Do You Fear…” campaign is that of the Incredible Hulk having apparently killed Spiderman, Wolverine, Thor and Captain America with the tag line  “Do You Fear… Losing Control”.  The Hulk losing control is one of the main themes throughout the Hulk story line over the years, with Bruce Banner constantly losing control to the monster within, HULK SMASH. 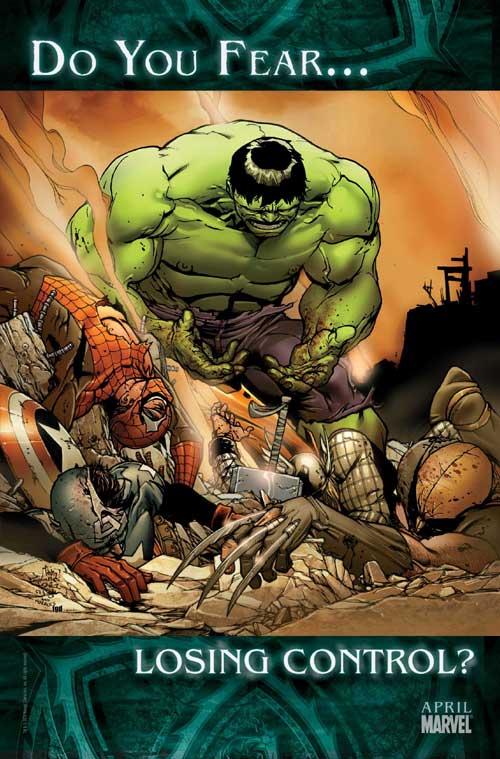 Thor “Do You Fear… Family Secrets?”

The penultimate teaser image before the actual big reveal is that of Odin with his spear to Thor’s head and the tag line  “Do You Fear… Family Secrets?”  Marvel will be revealing the mystery behind these images via a live press conference . 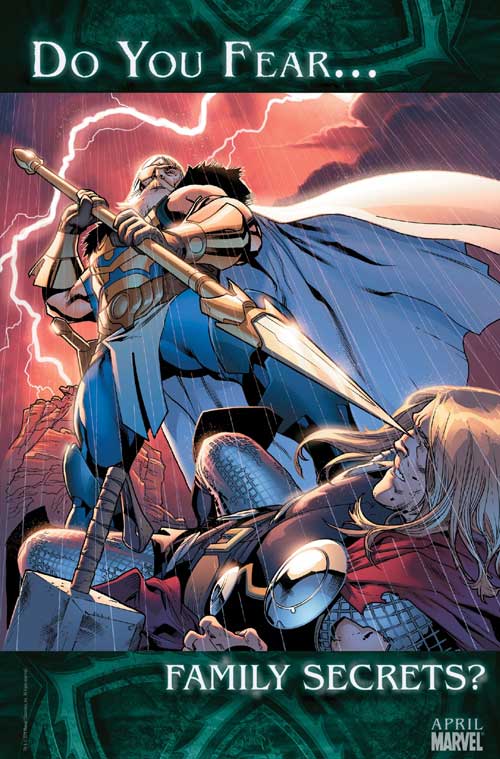 Iron Man “Do You Fear… The Legacy You’ll Leave Behind?”

The final teaser “Do You Fear…” ahead of Marvel’s press Conference and the big unveiling of the next big Marvel universe wide event, is that of Iron Man and what appears to be an army of military style Iron Men with the tag line “Do You Fear… The Legacy You’ll Leave Behind?”