All this week Marvel has been releasing teaser images of the Fantastic Four, yep it only seems like last week that Johnny Storm aka The Human Torch valiantly died in battle yet the teaser images all suggest that the Human Torch is alive and kicking again. 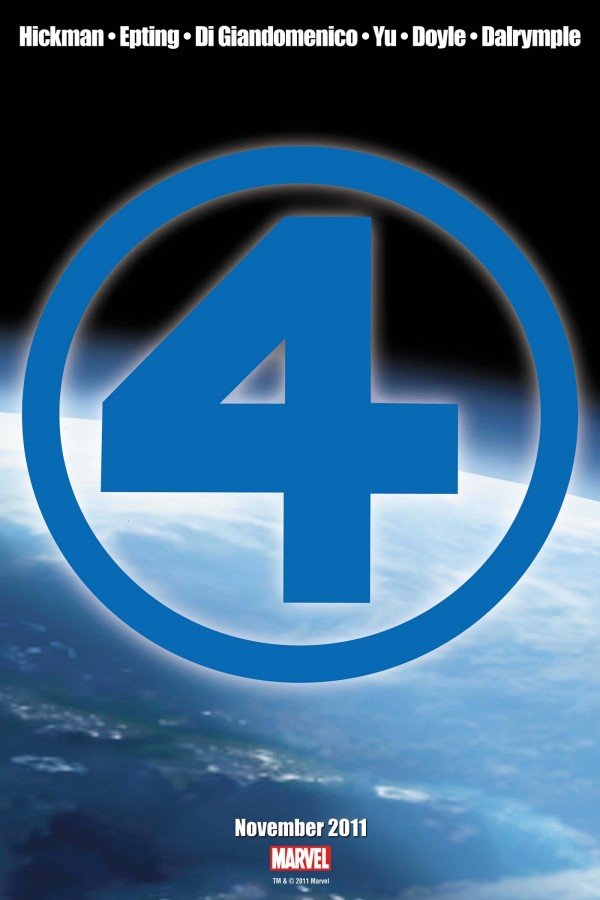 The next image actually shows the original four again, with the apparently alive Johnny Storm flame on and all. 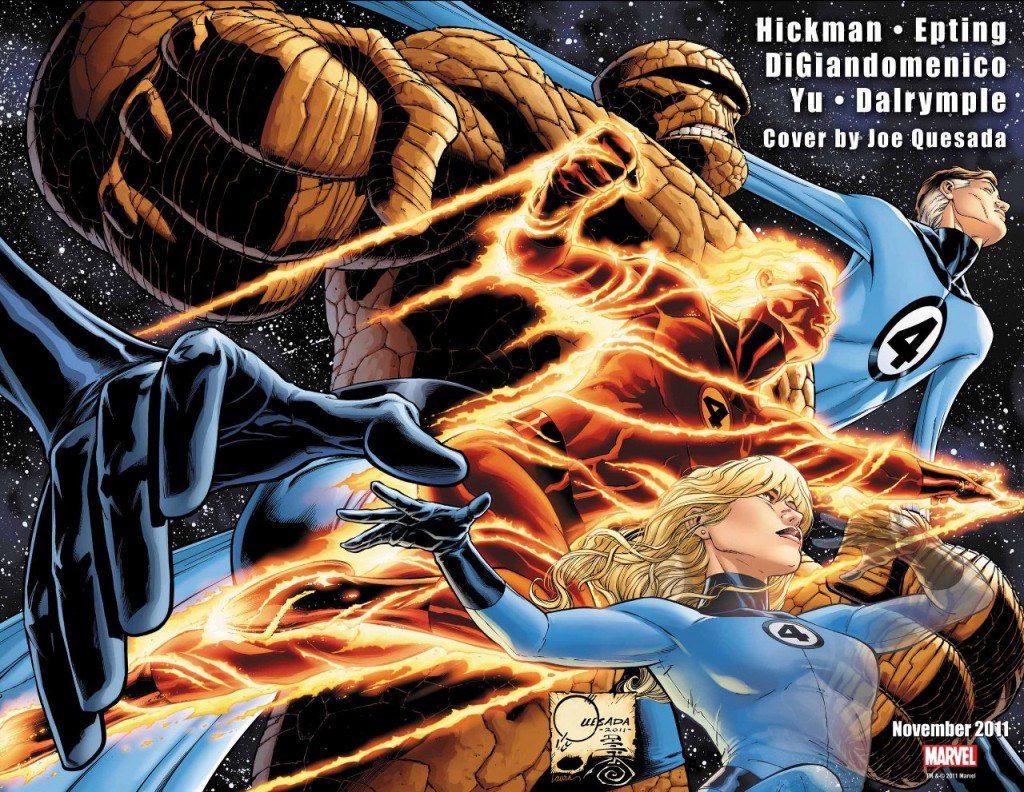 What more interesting is the next image that appears to be the cover for Fantastic Four #600, with the Fantastic Four and Spiderman all in their original costumes, if you’re not quite up to date Spider-man has been a member of the Future foundation since Johnny was killed. 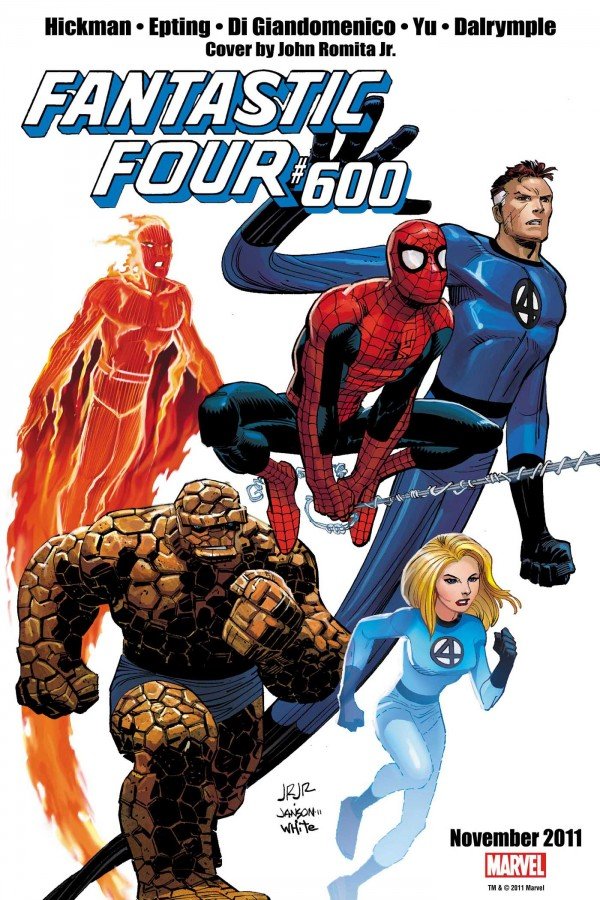 Marvel could potentially be planning a double bluff and all may not be as it seems but all the teasers point to the resurrection of Johnny Storm come November 2011 and issue 600 of the Fantastic Four.  It’s becoming more and more common for Marvel to kill of their heroes as this presents the worst possible ending for any of our beloved super heroes, but what’s just as common is the impending resurrection of these dead characters.  Im all up for seeing a return of Johnny but if Marvel keeps this up then the shock horror ‘omg’ factor of the death of a superhero is going to dwindle and die, heroes will be dead one minute alive again the next.