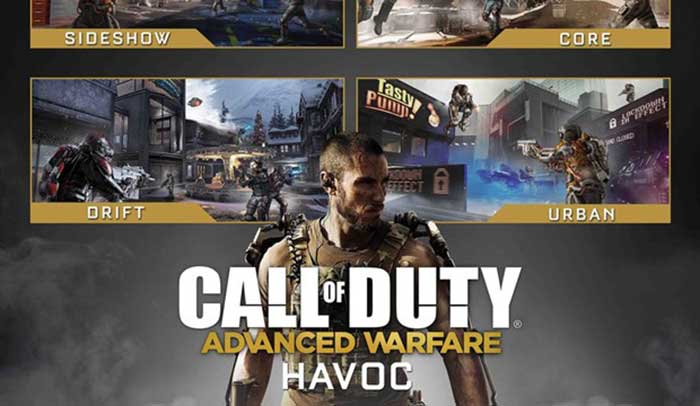 Call of Duty Advanced Warfare’s first DLC pack is here and with it 4 brand new multiplayer maps to sink your teeth into.  Havoc is the first pack of downloadable map pack content for Advanced Warfare with 3 more to follow.

The Core map is set in the Gobi Desert, located in Asia covering parts of Northern China and Southern Mongolia. The setting for Core is a desert arena where players do battle around the wreckage of a derelict nuclear fusion facility.

Core is a rounded map and one of the larger of the maps available in the Havoc DLC. The map contains areas of long spanning lines of sight, making it a good candidate for sniper kills and assault rifles, aswell as a series of tighter tunnels throughout the map for players who prefer their combat close and personal.  The centre of the map becomes fast-paced and crazy as players work their way towards the epicentre and outflank each other around the circular perimeter.

Unique to Core is a map-based score streak of nuclear decontamination drones which engage the closest opposing players to its launch zone. 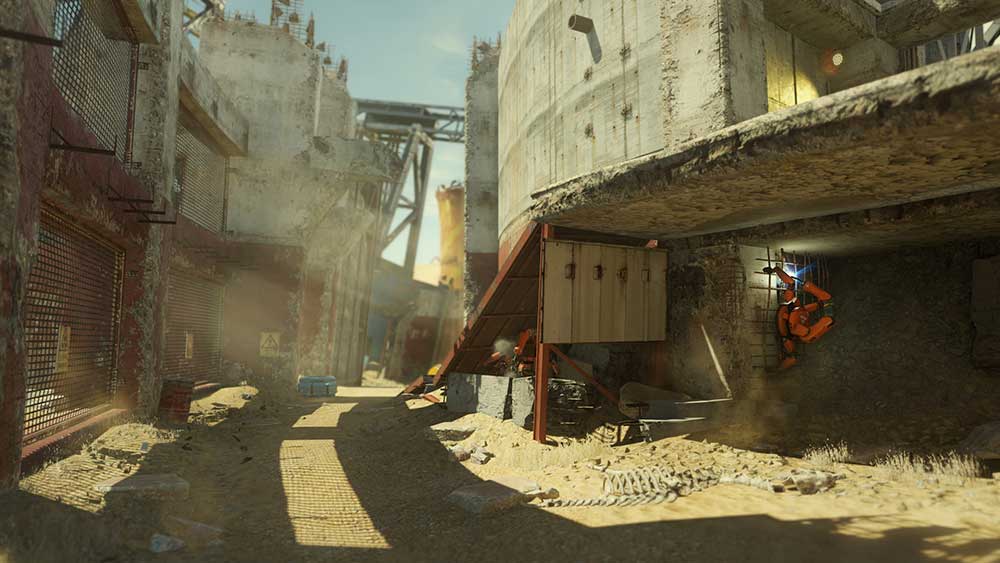 The gameplay is around a recognisable city and office theme that opens up as the round progresses. The round starts off in lockdown with players confined to the central area of the map leading to high-speed and dangerous play, after a short period of time the lockdown is lifted granting access to the outer areas of the map changing the maps dynamic and style of play. 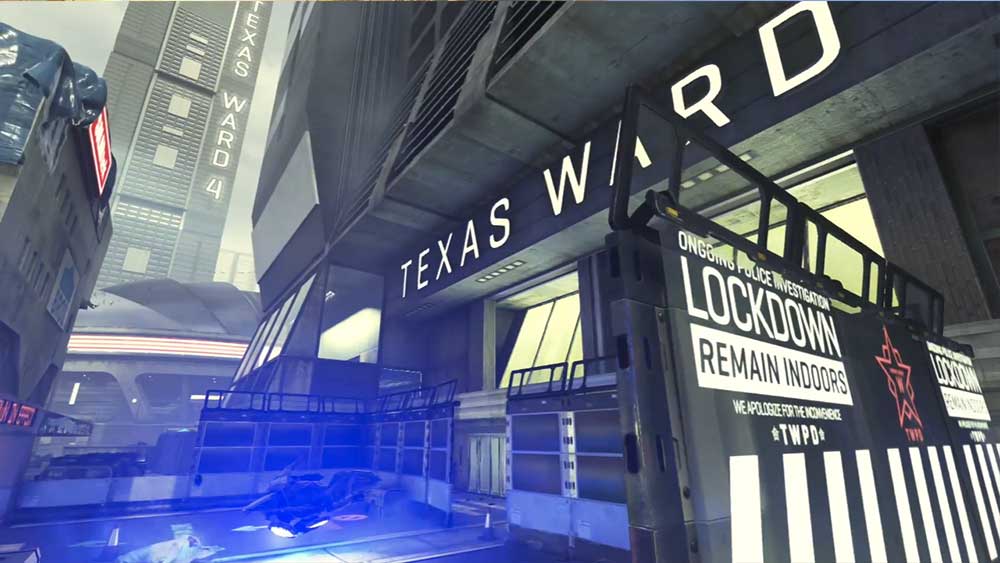 The Sideshow map is set in Wyoming around an abandoned motel that oozes in creepiness, the backdrop of Devil’s Tower and hot orange dust give the map a distinctive wild-west feel.

Sideshow makes for an exciting map that is suitable for a range of different play styles with areas of long lines of sight, chaotic assault points and numerous flanking opportunities. Sideshow is also great to take advantage of vertical exo abilities with numerous jump spots for varying heights of play. The map is split into four distinctive areas that each cater for these different styles of play; an area of small close buildings around train cars for close quarters combat, the streets with open open spaces and little cover perfect for snipers; the motel itself with numerous jump points and rooftop vantage points; and lastly the railway which is great to use for flanking.

Unique to Sideshow is a map-based score streak in the form of a frightful clown marquee that launches cannonballs with rainbow coloured smoke trails.

Yes it is a manic and crazy as it sounds. 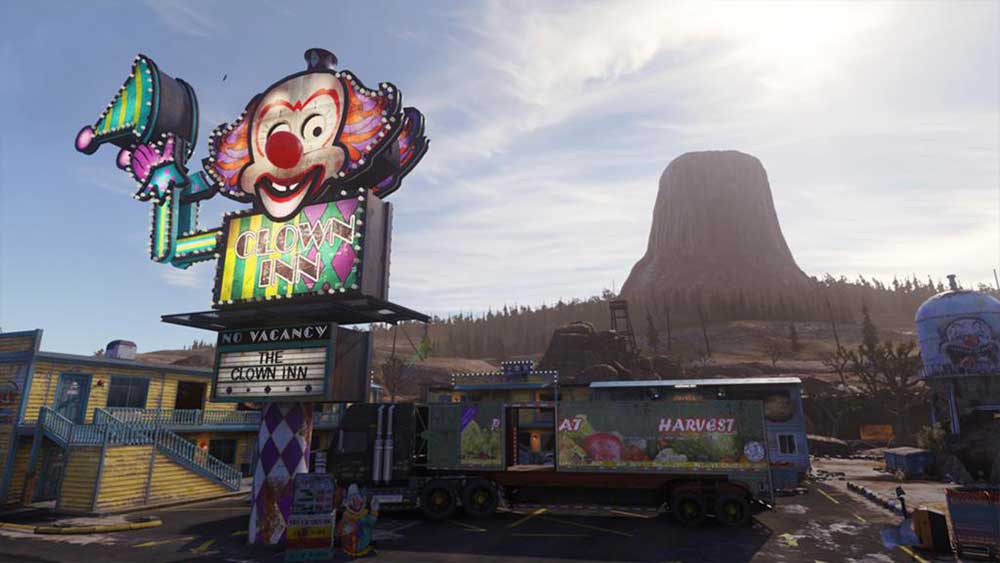 The Drift map is set in the Rocky Mountains at a Christmas themed ski resort with fun festive elements contrasted by a mid round avalanche to mix things up a little.

Unique to the Drift map is a mid-game avalanche that covers parts of the map changing the flow of the game and killing players caught in it its path. 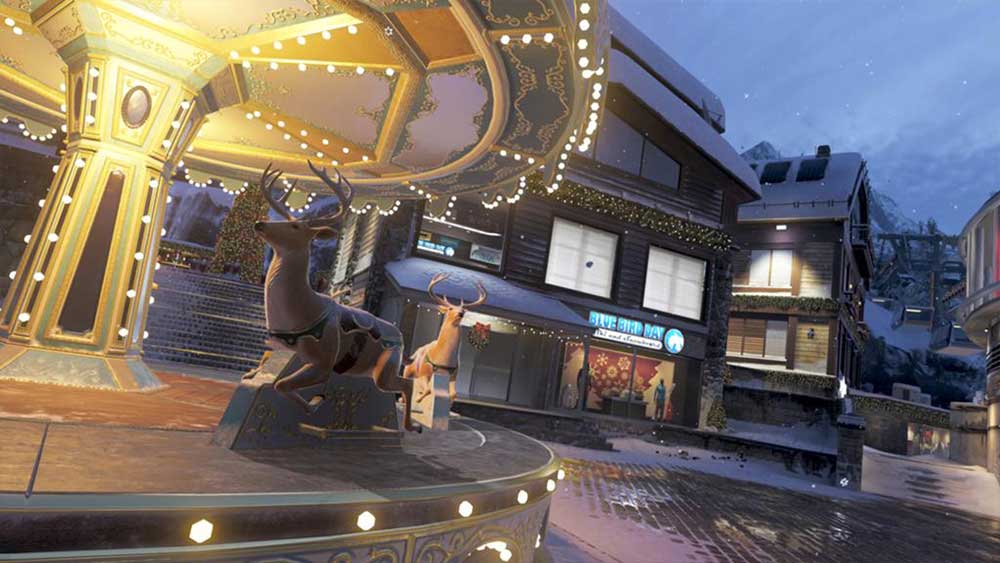 Havoc is now available on the XBOX One as of January 27th and will be released on PS4 on February 26th.