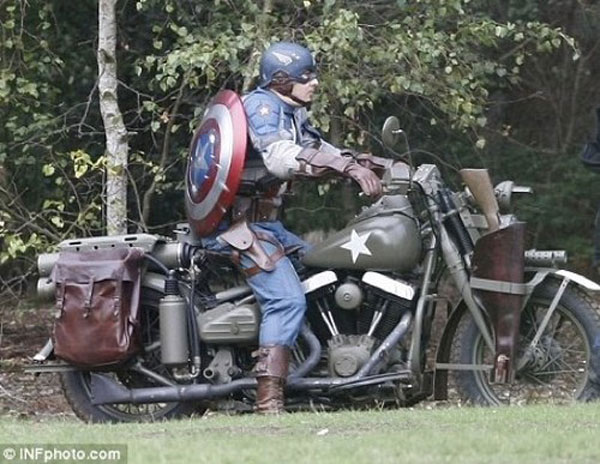 New pictures have emerged online from the set of the new Captain America film currently filming in the England.  The shots were captured during filming and show captain America in his new costume equipped with awesome motorbike, weapons and even his shield.  The shots were taken in English countryside just one of the locations in England where filming is taking place, unfortunately the Captain America seen in these shots is just a stunt double for Chris Evans.

Further pictures show Nazi soldiers on futuristic almost steam style motorbikes, sporting what looks like a red skull emblem and a forties style car in a woodland area.  Let us know what you think. 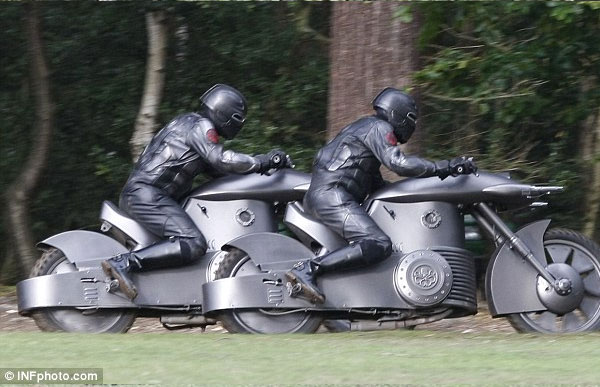 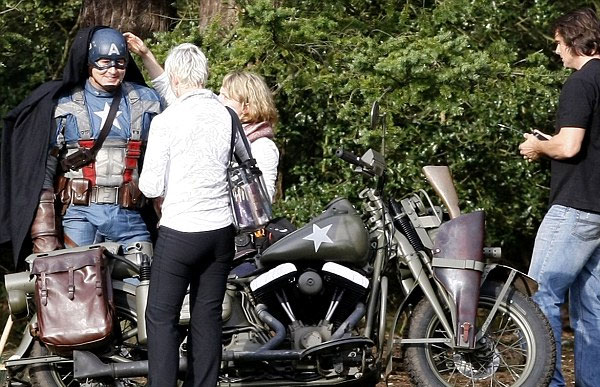 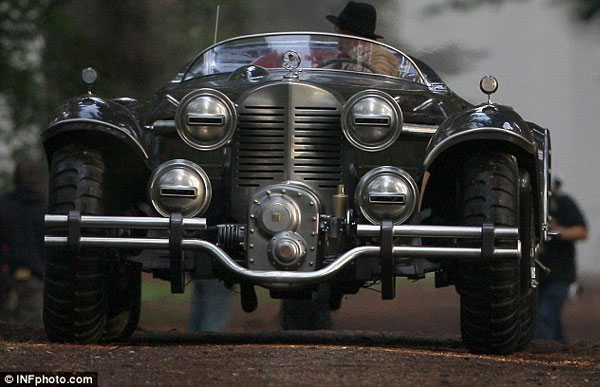