The first film poster for the upcoming Captain America: The First Avenger movie is here, showing our hero Cap holding his shield in what looks like the middle of a war zone.

The new Captain America film poster oozes a much darker and serious tone than what we are used to from a Marvel production.  The image shows the star Chris Evans who plays Captain America/ Steve Rogers holding his iconic shield as debris and dust scatters the air around him with the tag line Avenge emblazoned across his chest. Check it out: 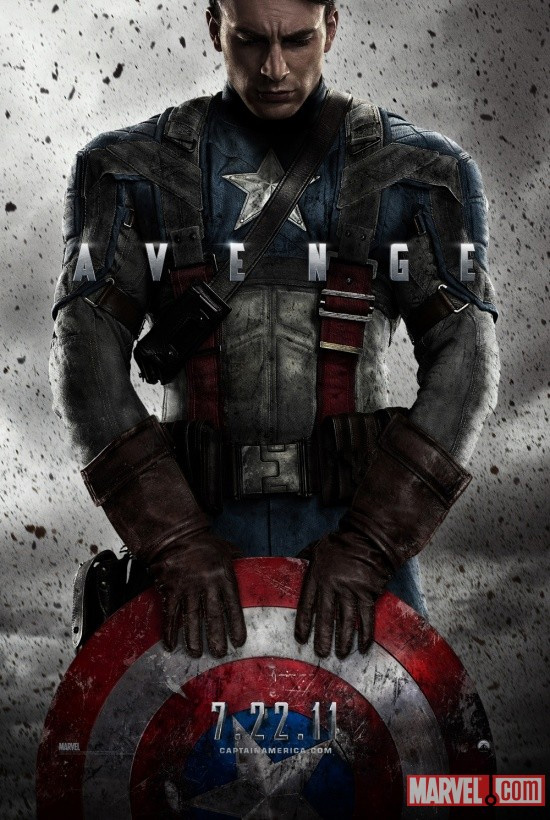 If you are unaware of the story, set during World War 2 Steve Rogers too physically unfit to enrole in the army undergoes a secret army experiment that aims to create the perfect super soldier, turning Rogers into Captain America. Cap uses his new found superness to fight Nazis and the villanous Red Skull.