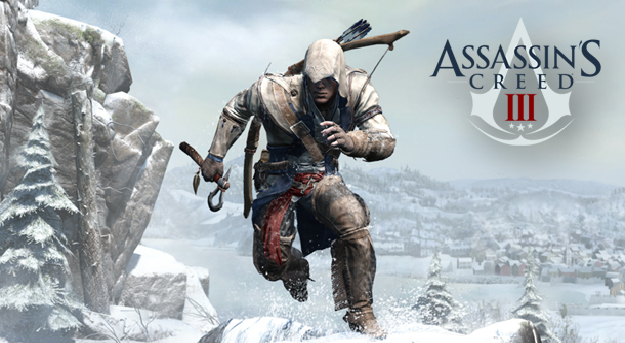 The first trailer for the upcoming Assassin’s creed 3 has hit the web, along with a new protagonist and a release date.

The internet has been rife with rumours and leaked images over the past week hinting at a new Assassins creed game and now the first trailer has been released courtesy of developers Ubisoft.  The trailer jumps through time from ‘Revelations’ to the American Revolution, as our Assassin stalks the wilderness of America in Mohawk Valley, this would also be a good time to point out that Ezio has also been left in past and we now have a new hero, a warrior of American and English heritage called Ratohnhaké:ton, also knows as Connor.

Assasins Creed 3 will span take part during the American Revolution, with action spanning from the wilderness of the frontier to the bustling towns of a George Washington America.  All though details are still sketchy at this stage, it has been confirmed that new features will include an improvement in its combat system with the addition of more sophisticated dual wielding of weapons, with Connor sporting a trademark dagger and tomahawk.

Assasins Creed 3 release date will be October 31st 2012 on PS3, Xbox 360, PC and also the upcoming Wii U console.  The Wii U is set to launch later this year and Assassins Creed 3 will be a good initial test to prove the platforms strengths against its competitors.

Check out the Assassins Creed 3 trailer below: