It’s finally upon us, Marvel has been saying for a while that its famous Fantastic Four will soon be whittled down to a 3 with the death of one of the major 4 and issue 587 of the Fantastic Four will be out later this week with the full story, but if you read on Bad Robot Ninja can tell you who!!!!  Major *Spoiler* ahead people.

The member of the Fantastic Four to die in the upcoming issue #587 is…. Johnny Storm, yes the Human Torch is about to die, his flame will be extinguished. 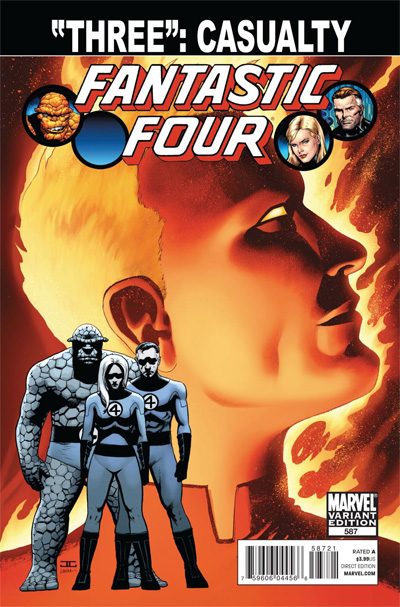 A report tells that Johnny Storm will die amidst a huge battle that writer Jonathan Hickman has been working on for a year and a half, following issue #587 there will be one more issue #588 and after that the Fantastic Four will be no more.  Marvel are keeping pretty tight lipped about what will follow, but stay tuned for updates as they reveal themselves and until then lets all give a moment to think of The Human Torch.