Directed by Jon Favreau Cowboys and Aliens is a Sci-fi/ Western mash-up based on the graphic novel of the same name, in which an alien race invades earth during the mid 19th Century and attempts to enslave the wild wild west.  The film Stars Daniel Craig as Jake Lonergan, who awakes with no memory of his past and a strange alien laser cannon shackle attached to his wrist.  When the aliens invade Jake slowly starts to remember his past and the realisation that he may hold the key to defeating the alien invaders, he assembles a band of unlikely allies an prepares for a epic showdown.

Cowboys and Aliens will enter our cinemas in July 2011, what do you think of the trailer? 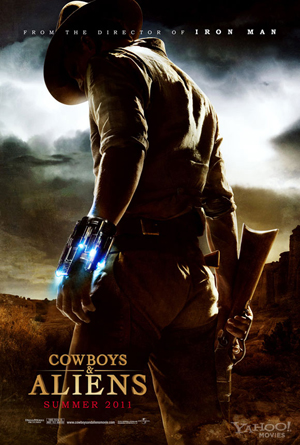