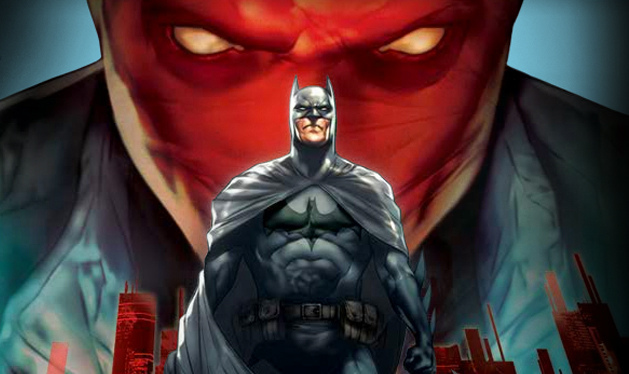 The batman under the red hood film is a feature length animated movie that focuses on the batman comics ‘A death in the family’ first published in December 1988 and Under the Red hood from February 2005.

A dark and brutal film that retells the controversial death of Robin.  Jason Todd was the second Robin after the original Robin, Dick Grayson passed on his mantle to become Nightwing. Jason wasn’t a very popular character in the fan world and as such DC conducted a phone poll where readers could vote if they wanted Jason to live or be killed by the joker, they voted death. Subsequently Robin was beaten repeatedly with a crow bar and then blown up with a bomb, Batman is seen cradling robins bloody body in some of what I feel are the most provoking and disturbing scenes I’ve seen in a Marvel or DC super hero book.

Under the Red hood retells the story of Jason’s death and unbeknownst to Batman his resurrection and recreation as the anti-hero the Red Hood. The red Hood takes on the criminal under world of Gotham city controlling half of the them for his own agenda and exterminating the rest by any means necessary. The red hood leads Batman on a cat and mouse game across the city evading his every move while the pieces of his mysterious plan fall into place.

The animation is fantastic and the characters have been recreated brilliantly, I particularly like the new even more deranged Joker voiced by John Di Maggio, after Mark Hamill’s retirement. Batman looks as cool ever, the red hoods costume fits perfectly with his character. There’s also the welcome addition of nightwing (voiced by Neil Patrick Harris), showing the special relationship between him and batman, both bouncing off of each other and subtletly hinting at batmans pride at what he has become. Although you can’t help thinking that he has been flung in as a model of batman’s successful mentoring and training to contrast with the failure that was Jason Todd. With his delinquent, troubled past, his volatile nature and his anger issues it, was bound to go wrong, wasn’t it?

Under the red hood is laced with revenge, anger and moral choices but delivers excitement, enjoyment and the retelling of a very interesting batman tale. Originally I was a little shocked to learn that the next batman story to be animated would be Robins death but it comes as a welcome change to some of the softer superhero animations of late.