Filming for the newest Christopher Nolan Batman film The Dark Knight rises gets underway in London this week at the Gotham City Police department.

Bad Robot Ninja visited the set of Batman The Dark Knight Rises that has been filming all this week in St Johns Street in London. The location for filming is the Farmiloe building that Nolan has used in both his previous Batman films as the Gotham City Police Station. Security was pretty tight but Christopher Nolan was glimpsed a number of times throughout the week along with some vehicles including a Gotham Police department car and SWAT van. Pictured below. 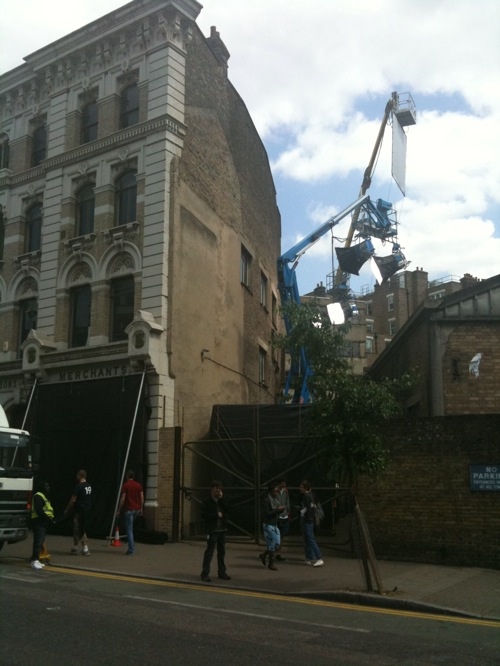 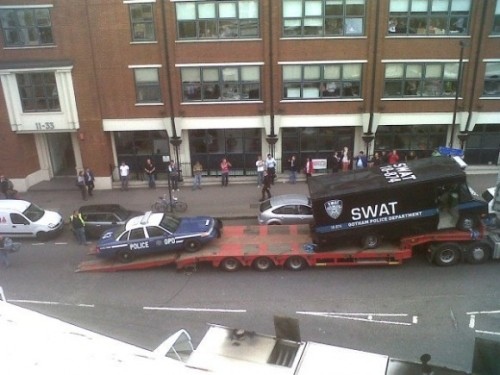 The Dark Knight Rises is due out in July 2012 starring Christian Bale, Ann Hathaway, Tom Hardy and Gary Oldman, follow us on Twitter and Facebook for all the latest updates.